You are a devoted practitioner, fully committed to your profession, wherein serving humanity is your sole motive. While suddenly, one fine day, you receive random calls from different numbers stating, “You will be killed soon,” “See your family and friends for one last time; you deserve to die.” Lost into the conundrum of intimidations, you figure out, ‘so because I rebelled against the wrong and stood for the justice,’ I am subjected to these death threats. Mr. Seide Dorcey, an enthusiastic investigator journalist from Sait- Marc Haiti, who broke the news about the mysterious death of Dr. Durandisse, is one such victim subjected to death threats. Such random calls made anonymously, attempting to dissuade Mr. Dorcey from pursuing a criminal investigation, give us the benefit of the doubt. If it was accidental death by drowning, why would Mr. Dorcey receive the death threats? Who are these anonymous callers? How are they related to Dr. Dulenscy’s case? These are a few pertinent questions that certainty that the death has a shady pattern.

After recognizing the autocratic approach of the culprits, I interviewed Mr. Dorcey at 8 AM on May 14. Referring to my fundamental question, ‘What is the first-hand evidence you have regarding this case?’, he opens up a vast ocean of hidden evidence. “The doctor who examined the body stated, when one dies of drowning, the lungs are expected to have increased to the size of a balloon with a large water content within. However, the examined body was found with no such symptoms”, shockingly responds Mr. Dorcey. Directing to my next question, ‘What do you think would have been the reason behind the alleged murder? And whom do you suspect? Mr. Dorcey lucidly answers, if indeed the doctor was murdered, “certainly one of the close confidants (who was present in the hotel) of Dr. Dulenscy, who is influential so much so, that he or she cunningly misshaped the incident. Also, the Owner of Stop Ma Hotel Bar et Resto, Haiti, is a wealthy person. Perhaps in fear of earning defamation for his hotel, he probably tried every possible means to support the culprit, hence making the case look like an accident and not a murder”. Furthermore, the camera footage of the Stop Ma Hotel Bar et Resto (available on the link: http://www.facebook.com/mdurandis/videos/10164829662010316) indicates how the hotel authorities might have tampered with the footage. Noticed from the availed camera footage- the severe breakage in between; from Dr. Dulenscy swimming while talking to a woman in the pool, to the Dr. immediately found talking to the hotel waitress at another end of the pool and then the ‘major breakage’ leading Dr. Dulenscy to swim again. The tempered footage augments the concern, based on the conversation between the two: What did Dr. Dulenscy order? What did the waitress bring? Was something poisonous given to Dr. Dulenscy to eat? If at all there is complete transparency, why was the meddling of the captured footage done? 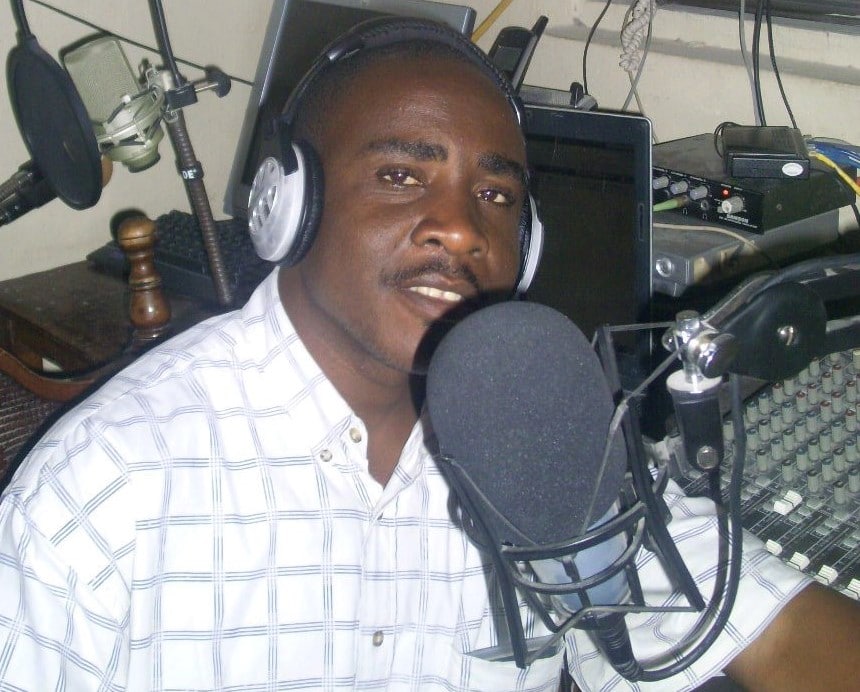 Besides, referring to another question: In what regards do you see this case as a ‘murder’ than an ‘accidental death by drowning’? Mr. Dorcey confidently reverts, “based on the elementary examination of the body, as reported by the doctor who was attempting to revive Dr. Dulenscy Durandisse. He observed blood and frothing from the mouth of the victim. He indicated white substance drooling out of the mouth, which strongly indicates the possibility of the young doctor was murdered.” Also, the rounding on the tweaked camera footage, consistent death threats, denied autopsy, government commissioner- Mr. Hughes Sylvain’s negligence, Mr. Dorcey’s first-hand observations, etc., this case undoubtedly, appears to have varied scandalous angles, determined to unravel the conspiracy that has been viciously hatched by inhumanely culprits, the victim’s family plan to exhume the body. After the burial on March 31, 2021, the body was exhumed on May 15, 2021.

Also, acknowledging that Justice delayed is Justice denied, let us not forget what Martin Luther once said, “Injustice anywhere is a threat to justice everywhere.” The body is thus, sent for an autopsy. The test is being conducted at a laboratory in the US. Based on the fact that unity is power, the case has now taken a substantial leap. Besides, former government commissioner, the Honorable Jean Danton Léger, various compelling international organizations, and friends have stepped forward to render full support to the victim’s family. Leger’s courteousness to help carry the casket from the grave to the Hurst was a testimony of his determination to fight for Justice. 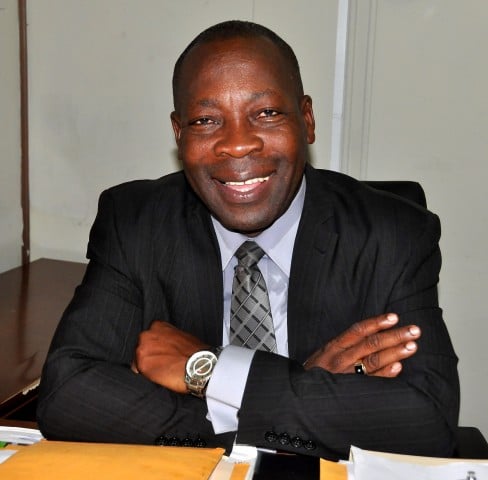 Due to the negligent behavior of Hughes Sylvain, who is now an ex-government commissioner of Saint-Marc, has been transferred to the jurisdiction of Gonaives. Furthermore, most of the public have alleged Hughes Sylvain for his foul play- to have pitched in with the Owner of the hotel and AESM for the financial benefits. AESM is the acronym for the Association des entrepreneurs de Saint-Marc, commonly known as the “Criminal Association of Saint-Marc.” The association, in which wealthy businessmen believe in taming a government puppet, trying to buy Justice. Surprisingly, it was also public knowledge of the death in Saint-Marc. Dr. Dulenscy was alleged to not be the 1st death at Stop Ma Hotel Bar and Resto but was third on the list. The list of the other two victims was also declared dead from drowning not in the hotel swimming pool but in a Water well. However, the full data regarding the two previous victims have not yet been collected by our source. 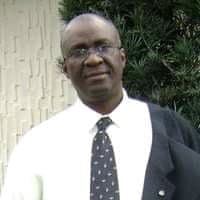 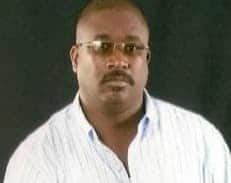 I’ll move on to my next question: what changes do you suggest that would make a difference in the system so that Justice prevails and such crimes or deaths are minimized? Mr. Dorcey responds, hopefully, “the corruption-free system, where justice is literally and metaphorically done without mismanagement of power.” Now, this has a very broad meaning in a democratic country, the nation that swears to grant equal Justice regardless of color, creed, gender, region, etc., who live off the idea of ​​arresting dissidents. However, those who are engaged in their duty are so severely repressed that they receive death threats. We are brave like Mr. Seide Dorcey. He is currently pursuing libel action against the Owner of the hotel, Mr. Jean Robert Pierre. He would have tried to arrest Mr. Dorcey and throw him in prison in a plot with the ex-commissioner of Saint-Marc Hughes Sylvain. Still, thanks to the brave men and women of the UJBA “Union of journalists of Bas Artibonite” and the AHJI “Haitian Association of Investigative Journalists, the injustice against Mr. Dorcey has been stopped. The popular saying of Francis Bacon: “If we do not uphold justice, justice will not uphold us.”

Let us collectively demand Justice for Dr. Dulenscy Durandisse and end the apparent political persecution of journalist Seide Dorcey; let us hope that Justice will prevail and injustice will end. 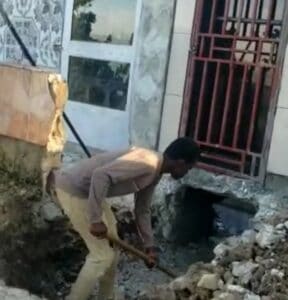 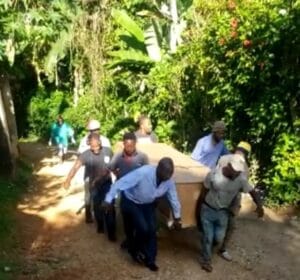 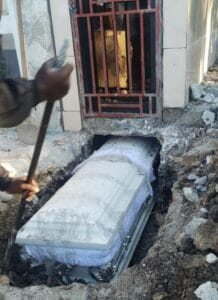 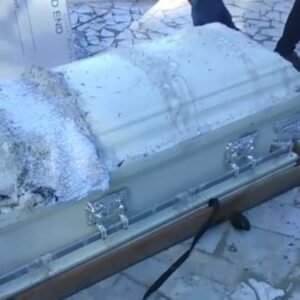