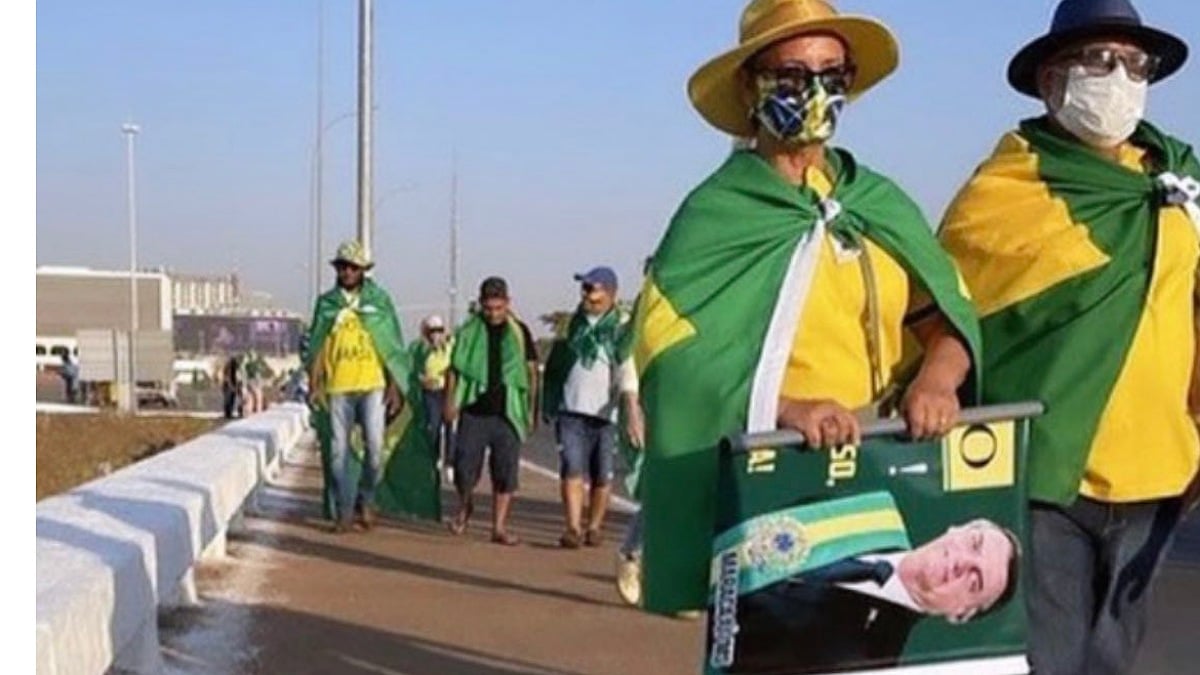 Thousands of protesters have crowded the cities of Brazil to demonstrate their support for President Jair Bolsonaro, who is involved in an all-out political war with government institutions, including the Supreme Court. Bolsonaro denounced the Brazilian Supreme Court and cast doubt on the transparency of the 2022 elections. The demonstrations caused tension during the country’s international day.

Bolsonaro has faced a decline in the number of polls, a rapid increase in inflation, and criticism for handling the COVID-19 pandemic. He has asked his followers for weeks to demonstrate against his opponents in Congress and the courts.

Over 100,000 followers showed up in Sao Paulo, as reported by state security leaders. Turnout was less than Bolsonaro had expected but perhaps enough to cheer the president in his political impasse with the Supreme Court and Congress.

“We cannot accept a voting system that does not offer any security in the polls,” Bolsonaro declared in Sao Paulo, insisting on demand for paper voting receipts hindered by Congress and the federal electoral court. “I cannot take part in a farce like the one sponsored by the chief of electoral court.”

Bolsonaro’s opponents claim that he is creating doubts to raise dispute after the forthcoming elections, which opinion polls currently show the former President Luiz Inacio Lula da Silva beating him. Bolsonaro also criticized the Supreme Court for allowing investigations of him and his supporters based on allegations that they condemned Brazilian democratic bodies by spreading false information on social media. He has mocked the investigations and referred to the probes as a violation of political freedom.

The president has frequently imitated the former president of the US, Donald Trump, who he has said he respects. Jason Miller, an ex-advisor of Trump and conservative social network businessman, got involved in the scene on Tuesday in Brasilia when he was briefly detained and interrogated for three hours by Brazilian police as part of the investigation.

Miller’s lawyer, who had attended the Conservative Political Action Conference meeting planned by one of Bolsonaro’s sons, said he decided not to comment. The dramas at the main protests in Sao Paulo, Rio de Janeiro, and Brasilia were joyous, with government allies dressed in yellow and green flags shouting joyfully. But hidden emotions of disappointment could be seen in posters asking for military action and the dismissal of the Supreme Court.

“The government needs to remove those that aren’t allowing our president to rule- in the Supreme Court, Senate, all of them,” said Maria Aparecida, a 70-year-old retiree on Sao Paulo Avenida Paulista. “The Supreme Court doesn’t protect the constitution, so our military must intervene.”

Bolsonaro embraced the rally, putting on the presidential sash at a military occasion marking Independence Day in Brasilia before visiting the early rally. He toured Sao Paulo at midday to speak to his followers. “I’ll say to those who want to make me unelectable in Brasilia: only God will get me out!” He shouted. “And tell the scoundrel that I’ll never be imprisoned!”